We are delighted that Frances has received the Alan Strom Hall of fame award for lifetime dedication to protecting the Lake Wollumboola environment, including her contribution to the NSW National Parks and Wildlife Service South Coast Shorebird Program.”

In receiving her award Frances expressed her ongoing fascination with the lake environment and thanked the NCC, NPWS, LWPA members and Culburra Beach friends for their support for the Association’s campaign to protect Lake Wollumboola and its catchment.

Alan Strom was one of the instigators of the NSW NPWS and a community educator. 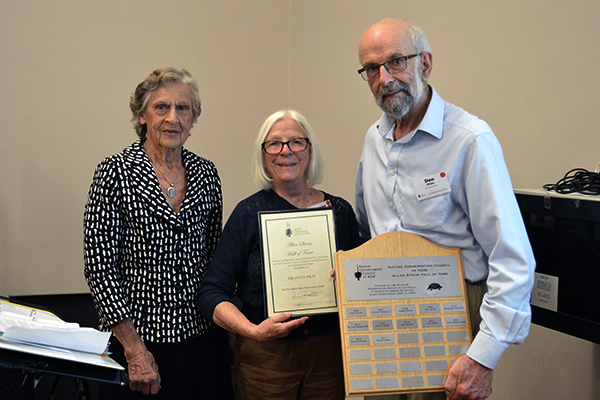